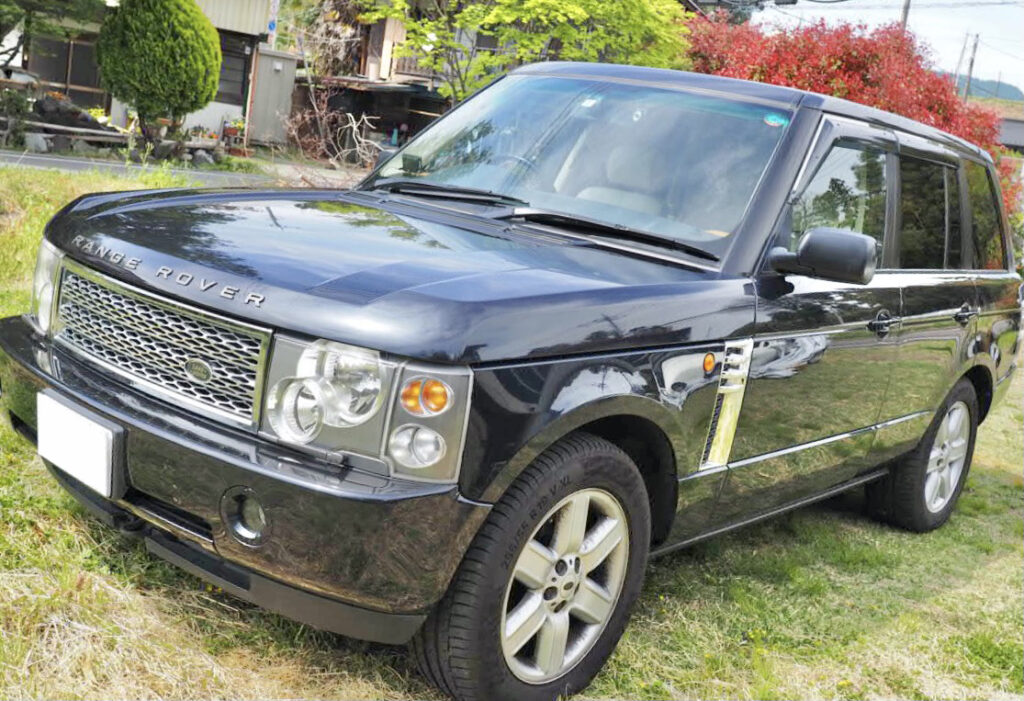 Half a century has already passed since the launch of the first generation Range Rover in 1970. The Range Rover, which condensed into one vehicle the four characteristics of a luxury car, an estate car, a performance car, and a cross-country car, all of which were unheard of at that time, was even exhibited at the Louvre Museum in Paris as an “exemplary work of advanced industrial design.

The warm currents from the Gulf of Mexico, the low pressure from the Arctic Circle, and the often wet and rainy British climate….

They used the Range Rover as their one and only means of transportation when hunting in the muddy vastness of the British traditional culture, and sometimes as a “luxury car” that they could skip down the motorway and drop off at their hotel in London after running around on the farm roads.

The Range Rover, which was the only one of its kind in the world, received a big boost from them, and over the years, the luxury of the Range Rover was greatly enhanced, with leather seats and luxurious wood paneling on the interior, while maintaining its rough-road driving performance. As a result, the Range Rover quickly became a status symbol for the British upper class, and was eventually honored with the Royal Charter, and came to be known as the “Rolls-Royce of the desert” today from the initials of the Range Rover….

With BMW components... The third generation Range Rover, with its greatly improved reliability... An owner in the middle of automobile culture...

After 31 years since its birth in 1970, the 3rd generation Range Rover has undergone a major evolution and was unveiled in 2001, with a modernized and powerful exterior and a gorgeous interior that makes it even more luxurious.

The 3rd Range Rover, planned and developed under BMW, is the first monocoque Range Rover and shares many components, electrical systems and engines with the BMW 7 Series E38….

The owner is a true enthusiast and is in the middle of the automotive culture including his family business…. In the garage, there are ongoing projects as well as remnants of past projects…! The environment is truly a “peach garden” for car enthusiasts, and I was astonished by the many works and ideas that were produced from his free thinking…!

The driving experience with the effective air suspension is just like a magic carpet intended by Spen King.

He liked the design of the front part of the car the most, and the way the 2.6 ton body accelerates massively and gently with the BMW 4.2 LV8 engine, he told us, “It has an addictive charm once you taste it.

He has been using it for his busy work and as his daily transportation vehicle, but he needed to sort out his excessive number of vehicles, and that’s why he wanted to post this article.

As a Range Rover, it has been treated with a lot of love and care.

At the time of the interview, the car had traveled 96700km, but it was still able to enjoy the unique flavor of this car….

The exterior of the car is in beautiful condition with no major scratches or dents.

The interior is in good condition with leather seats, but there are some scuffs on the driver’s seat from the right side support down.

The rear seats are in good condition, but the paint on the console is peeling.

There is a stain on the top of the rear gate opening.

The function that changes the angle of the mirrors when the car is put into reverse is currently not working.

There was a steering lock ECU failure, which is common in the 3rd generation Range Rover, and it is currently being recovered by another circuit.

It was a very hot day with the outside temperature over 30 degrees Celsius, but the air conditioner worked well and the engine was in good condition, I should add.

The third generation Range Rover was truly a beautiful car….

There are many premium SUVs in the market today, such as the Mercedes-Benz G series, but the Range Rover has a powerful front mask and a very delicate body line. I would say “graceful and delicate.

There is a “good balance”….

I can’t help but think that the carefulness in this area is “Spen King’s intention…”, a DNA that has been handed down from the first generation Range Rover….

The world’s most luxurious SUV, the royal car of the British royal family,” with a new car price in the eight-digit range… A car this good can be purchased cheaper than a used mini-car, and you can take your time to enjoy it.

What a wonderful time we live in….

“The third generation Range Rover, which has matured and lost its corners, is a superb vehicle that enhances your senses.

Please spend your graceful and delicate days in a completely cornered Range Rover….

As this is a private sale, there will be no consumption tax or other fees.

Please note that the monthly automobile tax and recycling deposit will be charged separately.

The vehicles on this page were posted on the “Estate Sale®︎ Supremacy” cross-border car e-commerce site.

What is a “Supremacy” estate sale?

Estate Sale®︎Supremacy is the Japanese version of the North American cultural estate sale, which introduces cars with the owner’s thoughts and feelings through interview-based manuscript preparation, and organizes things and minds.

The content of this article was written based on interviews with owners, materials received, and contact experiences during a four-hour interview that began at 10:00 a.m. on April 24, 2021.

Please note that due to the very limited time available, this may not be a 100% accurate description of the condition.

Please be aware that the condition may not be 100% accurate. Please note that comments on the condition of the vehicle are based on the weather and conditions at the time of the interview and the author’s subjective opinion.

If you have any questions about the vehicle listed on this site, please contact us from the bottom of this page. Please note that this is a transaction with a person in charge in a corporation, so the actual vehicle can only be checked by a customer who is considering it as a purchase.

We look forward to hearing from you.